Our carnism booklet succinctly explains what carnism is, why it’s important to understand, and how to become a part of the solution.

The booklet is designed so that it can be printed, distributed, and if desired, translated. It can also be cobranded in partnership with a vegan organization.

If you are interested in distributing the booklet, please email us at info@carnism.org and tell us what country you reside in and whether you’re acting independently or as a representative of an organization.

The booklet is currently being updated and a new version will be available soon. 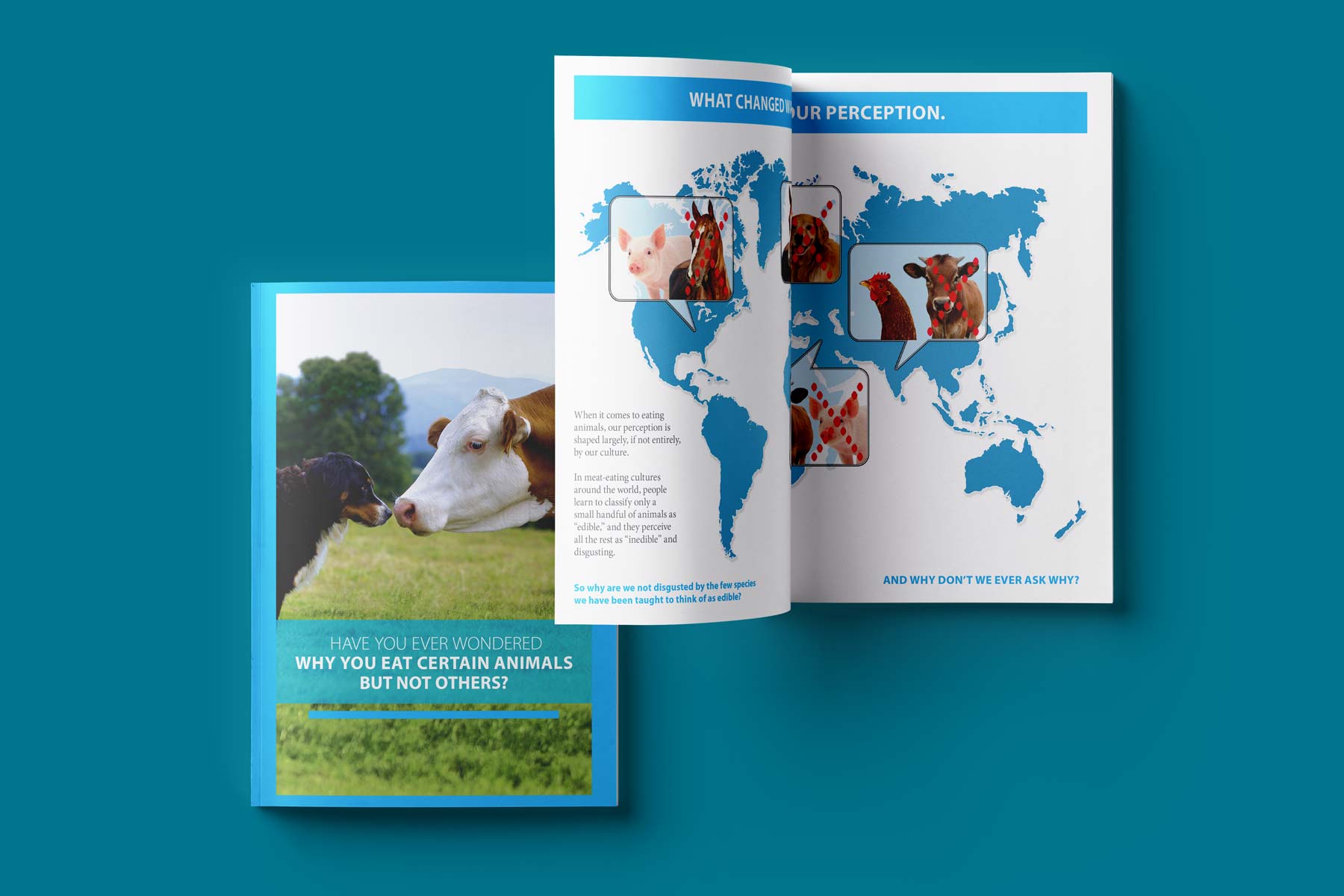 Male chicks in the egg industry are considered useless, and are ground up alive, gassed, electrocuted or suffocated shortly after birth. (1,2)
Source: An HSUS Report: The Welfare of Animals in the Egg Industry, p.1 / “Hatching

“Dairy cows” are forcibly impregnated every year, and their calves are taken away from them within a few hours. Female calves are raised to produce dairy, while the males are sent to slaughter at the age of four months and sold as “veal.” (4)
Source: SDA, Reproduction Practices on U.S. Dairy Operations, 2007; Feb. 2009.

Male piglets are castrated without pain killer, so that their flesh will have a more desirable smell and taste. (5)
Source: “Castration of Pigs” from Dr. Allen Harper, Extension Animal Scientist, Virginia Cooperative Extension

Farmed fish are typically killed by leaving them to slowly suffocate in air or on ice. An independent panel of scientists (6) concluded that “existing commercial killing methods expose fish to substantial suffering,” as “fish have the capacity to experience pain and fear.” (7)
Source: European Food Safety Authority, The EFSA Journal, (2004)

According to The United Nations, animal agriculture is one of the most significant contributors to the most serious environmental problems facing the world today.
Source: www.fao.org (from Livestock’s Long Shadow, UN report, 2007)